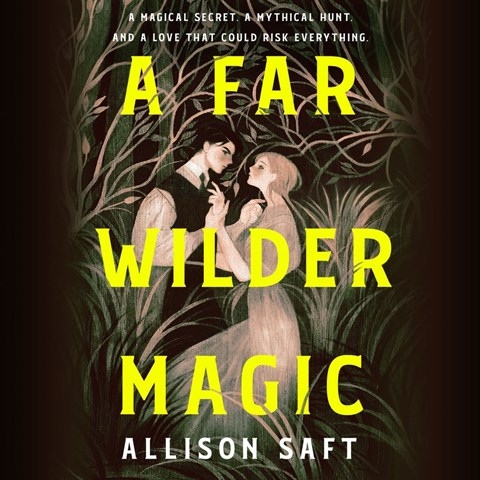 Listeners will enjoy narrator Jesse Vilinsky's intricate performance of this romantic fantasy. Wes begins his apprenticeship in alchemy after many failed attempts at other ventures. He meets Margaret while on a contested hunt for an elusive creature. If she succeeds at the hunt, her mother will return home. So, without any real choice, she teams up with Wes. Vilinsky offers mesmerizing performances of two odd young folks who are proving their worth to the world and each other. Wes, an uncertain dreamer, and Margaret, a gritty loner, begrudgingly become teammates and eventually bring out the best in each other. Vilinsky's narration ranges from the bitter disputes between the heroes to the tenderness of their developing love. G.M. Winner of AudioFile Earphones Award © AudioFile 2022, Portland, Maine [Published: APRIL 2022]