Home»Reviews»THE FLIGHT OF THE PHOENIX 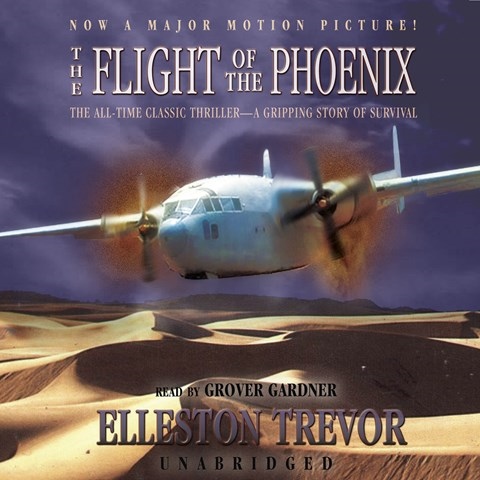 THE FLIGHT OF THE PHOENIX

A cargo plane with 12 men aboard crashes in a Sahara sandstorm. With no rescue in sight, they struggle to cobble together a substitute flying craft before death claims them. Grover Gardner individualizes the guilt-ridden pilot; two British military men; the plane designer on whom survival depends but who is not what he seems; the dying German boy; and others. He almost humanizes the forces of nature seeking to destroy these men. Adept at conveying the plethora of technical details involved in plane construction, Gardner reads the narrative parts in documentary mode. This classic 1964 adventure tale has twice been made into film but is equally riveting--and more informative--in this superbly read audio. J.B.G. Winner of AudioFile Earphones Award © AudioFile 2005, Portland, Maine [Published: JUNE/JULY 05]