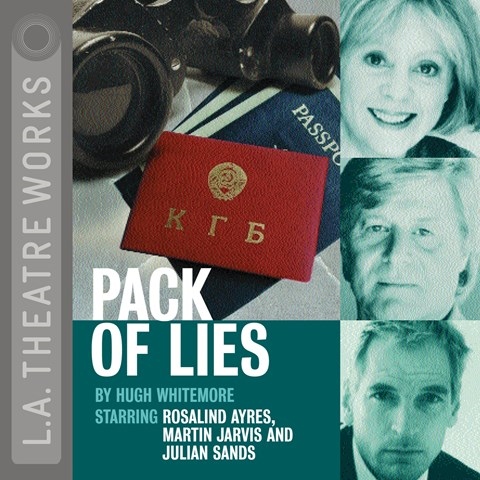 The ordinariness of a London suburb during the Cold War is shattered when a husband and wife are asked to shelter police investigators who are monitoring the double lives of a nearby couple who have befriended them and their adolescent daughter. The co-opted couple and the developing drama are chillingly and ominously portrayed through excellent performances by Rosalind Ayres, Martin Jarvis, and Julian Sands. The skillfully written plot lodges itself in the consciousness of the listener, creating the terrible pull between a treasured friendship and the possibility the couple are traitors to the United Kingdom. Introductory music with subtly dark overtones deepens the strained atmosphere, demanding that the listener pay close attention as the plot unfolds. L.C. © AudioFile 2005, Portland, Maine [Published: OCT/NOV 05]