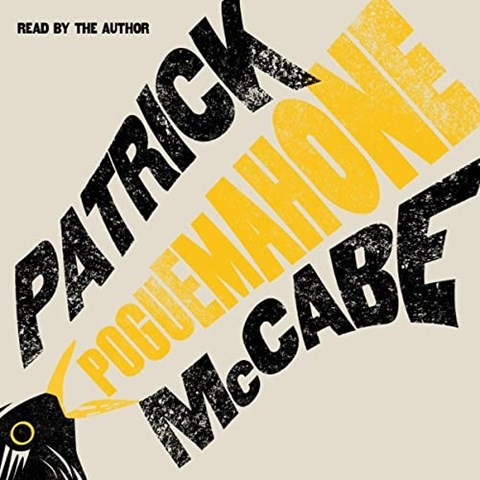 With a leaping, expressive, musical Irish brogue, author Patrick McCabe does not simply read his book, he performs every line. So, what do whistling trousers, David Attenborough, leprechauns, Jimi Hendrix, and Mott the Hoople have in common? They all become characters in McCabe's rhythmic free-verse ballad about a down-on-their-luck Irish family who emigrate to England in the 1950s and a brother and sister who finally land on the doorstep of a drug-addled, ghost-infested swinging commune in 1970s London. McCabe has fun creating his many character voices and, especially, parodying the stuffy English. Theater, plenty of attitude, confession, and a disquieting, crazed, surreal history of the 1970s. What else could one ask from an Irishman? B.P. © AudioFile 2022, Portland, Maine [Published: JULY 2022]