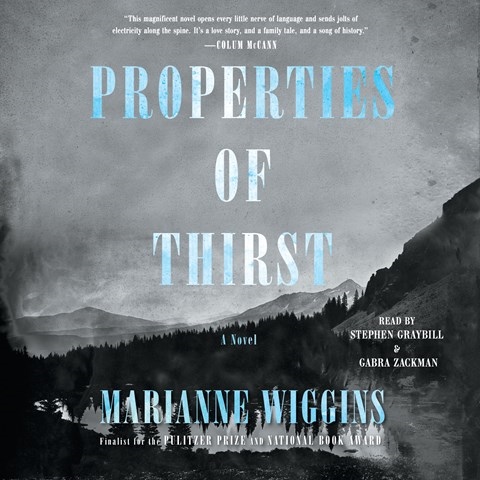 The consistent, fluid, and engrossing nature of this majestic novel is rendered even more remarkable by the fact that it was completed after the author suffered a massive stroke in 2016. Set in California during WWII, when Japanese-Americans were being interned by the U.S. Government, this ambitious saga of family, romance, and grief is poignantly narrated by Gabra Zackman and Stephen Graybill. The story is told by varying members of the wealthy Rhodes family--father Rocky; his sister, Caswell; and his daughter, Sunny--as well as Schiff, a Jewish-American lawyer who is overseeing the internment camp next to the Rhodes's family ranch. While there are frequent switches between narrators, they are eased by the narrative skill of Zackman and Graybill. M.J. © AudioFile 2022, Portland, Maine [Published: AUGUST 2022]