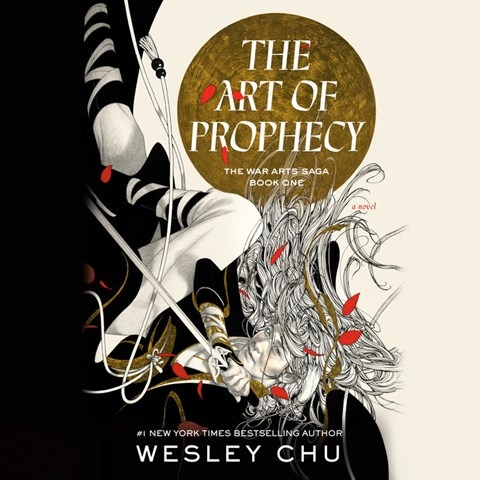 Natalie Naudus has plenty of opportunity to shine as the narrator of this audiobook. It's the first installment of The War Arts Saga, inspired by martial arts films with magic thrown in for good measure. The Chosen One, Jian, has been raised in luxury with a cadre of warriors to instruct him. Naudus has no trouble making clear that he is a spoiled brat. Eventually, he becomes the student of a one-armed grandmaster of magical martial arts who is feisty as can be and determined to make a warrior out of him. The grandmaster is one of three strong female characters, and Naudus creates nuanced personas for them all. The interaction among the characters is delightfully spirited, and snarky comments abound. J.E.M. Winner of AudioFile Earphones Award © AudioFile 2022, Portland, Maine [Published: DECEMBER 2022]