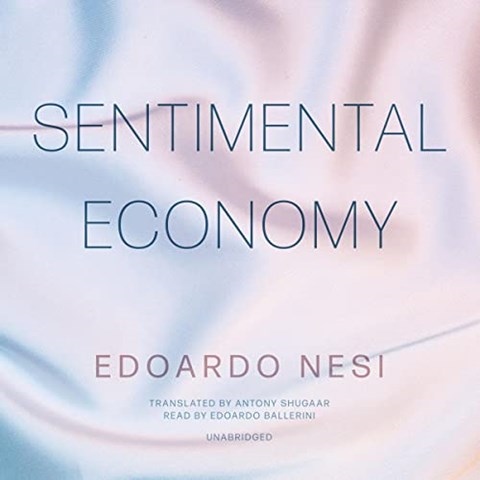 Narrator Edoardo Ballerini elevates this poignant audiobook. He gives this series of connected essays a pliable reading that emulates the author's voice, which ranges from authoritative (on politics and economics) to interrogative (on Italy's future). His narration captures the work's moods--sometimes despairing, occasionally celebratory--through apt pacing. His tone befits a work that combines memoir, economic analysis, and speculation. A novelist, translator, and former member of the Italian parliament, Nesi was, tellingly, an owner of a now shuttered woolen mill. He bemoans the loss of such artisanal industries. He also writes movingly about a family trip to the U.S. and eloquently about a pandemic visit to Florence's Uffizi with his wife to see Michelangelo's masterpiece TONDO DONI. This is an immersive and satisfying listen. A.D.M. Winner of AudioFile Earphones Award © AudioFile 2022, Portland, Maine [Published: SEPTEMBER 2022]