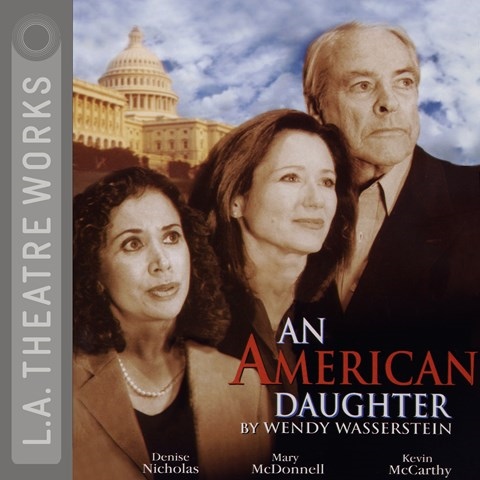 L.A. Theatre Works has done it again--offering yet another quality staged reading of one of America's best plays. Pulitzer Prize-winning playwright Wendy Wasserstein's AN AMERICAN DAUGHTER is the poignant and hilarious story of the political tongue-twisting and back-stabbing that awaits female politicians. Mary McDonnell's sultry voice perfectly suits Dr. Lyssa Dent Hughes's got-it-all-together (or does she?) character. And as expected from this company's performance level, the sound effects are well rendered and non-intrusive. Perhaps the most engaging aspect is the reaction from the live audience--a signature of L.A. Theatre Works' productions. If you haven't started collecting LATW performances yet, AN AMERICAN DAUGHTER is a great one to start with. R.A.P. © AudioFile 2000, Portland, Maine [Published: APR/MAY 00]