Home»Reviews»DAUGHTER OF THE WHITE ROSE 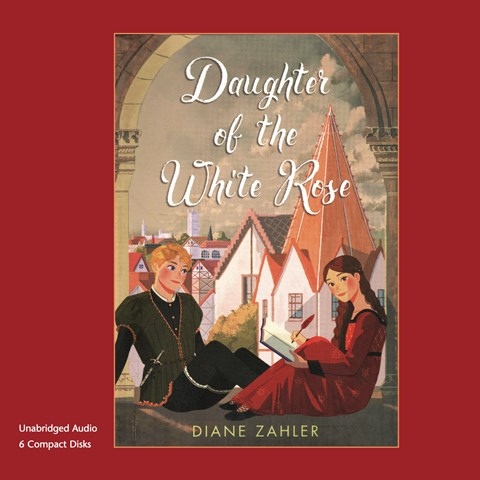 DAUGHTER OF THE WHITE ROSE

A full-cast production adds excitement to this story based on actual royal intrigue and murder in fifteenth-century England. The cast of five enhances the scenes, allowing the listener to hear lively conversations and bustling London streets. Moira Quirk excels as commoner Nell Gould, an unlikely lifelong friend of Prince Ned and his sisters. Quirk's emotions always ring true; they range from playful laughter to sorrow and even terror as the murderous Richard of Gloucester rises to power. Steven Crossley is convincing and likable as Nell's father, a kindly baker whose love of King and family will cost him dearly. The variety of English accents employed helps listeners differentiate the social classes. Stephen DeRosa's best character is the wily court jester. Author Diane Zahler reads the backmatter. L.T. Winner of AudioFile Earphones Award © AudioFile 2022, Portland, Maine [Published: NOVEMBER 2022]