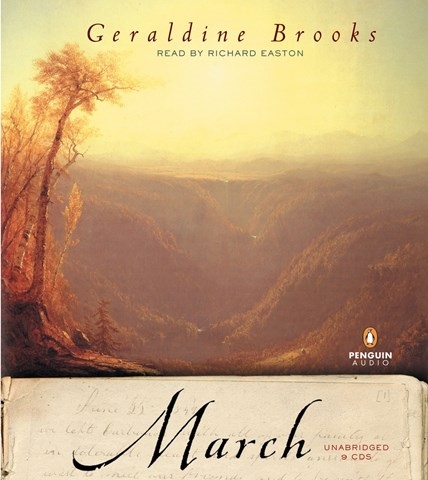 In the classic American novel LITTLE WOMEN, the father is more of a presence than a character. He’s serving in the Union Army at the beginning and comes home to recuperate from illness later on. Author Geraldine Brooks has taken the patriarch of the March family and spun an entire story. It is set in the Civil War, and flashbacks help flesh out the back story of his philosophical growth. The author uses some language of the period, which 21st-century listeners may find a little off-putting. But it in no way hinders the pace or understanding of the novel. Richard Easton is solid as the narrator, but his portrayal of Mrs. March--Marmee from LITTLE WOMEN--makes her sound too much like Mr. March. R.C.G. Winner of 2006 Pulitzer Prize, SYNC 2015 © AudioFile 2005, Portland, Maine [Published: JUNE/JULY 05]