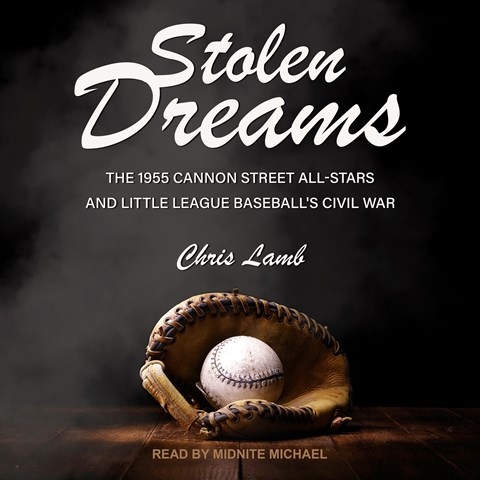 Chris Lamb dives into the story of the Cannon Street All-Stars, a 1955 Little League team in South Carolina that was prevented from competing in and ultimately advancing in a key tournament because of Jim Crow segregation. The story transcends sports. Lamb paints a vivid picture of life for Blacks in the South amid the social mores of the time. Midnite Michael's bass pitch and tone of gravitas enhance the audiobook. He occasionally shifts his timbre slightly when someone is being quoted, a technique that is never distracting. Lamb's well-researched and well-written account is an uncomfortable one of history and injustice. Michael gives it the attention and respect it deserves. M.B. © AudioFile 2022, Portland, Maine [Published: OCTOBER 2022]