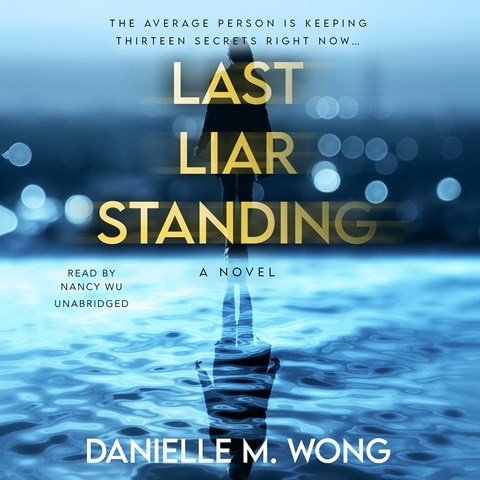 Narrator Nancy Wu expertly voices a wide range of vivid, engaging characters and shines as featured character Veronica Lewis. Vonny wakes up in the hospital in Nevada after a serious car accident and, during her evaluation, says that she is a college student at NYU. But a decade has passed since that time, and she can't remember any of it. Shortly after waking up, she discovers that her husband--whom she doesn't recall--was murdered in San Francisco, a place she doesn't remember living. Wu's narration matches the story's pacing and energy as Vonny works to uncover her past. The truth of that time, and the secrets of Vonny's life, are revealed through a series of shocking twists. K.S.M. © AudioFile 2022, Portland, Maine [Published: OCTOBER 2022]