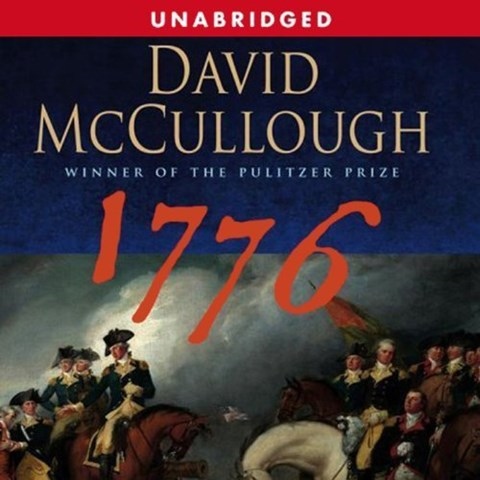 David McCullough brings his wise and gentle style once again to the American Revolution. Having focused on one of the Founding Fathers in his 2001 book JOHN ADAMS, the two-time Pulitzer Prize winner reports on a single momentous year in the history of America in which George Washington of Virginia leads the fight for sovereignty against George III of England and his military commander, Lord Howe. McCullough’s reading style is journalistic without being dry. With an even and engaging tone, he presents the geography, weather conditions, technology, and diplomacy of the time, at the same time describing the individual personalities who affected the war, drawing from personal correspondences, journals, memoirs, and transcripts of British Parliament and the Continental Congress. S.E.S. Winner of AudioFile Earphones Award 2006 Audie Award Finalist © AudioFile 2005, Portland, Maine [Published: AUG/SEP 05]