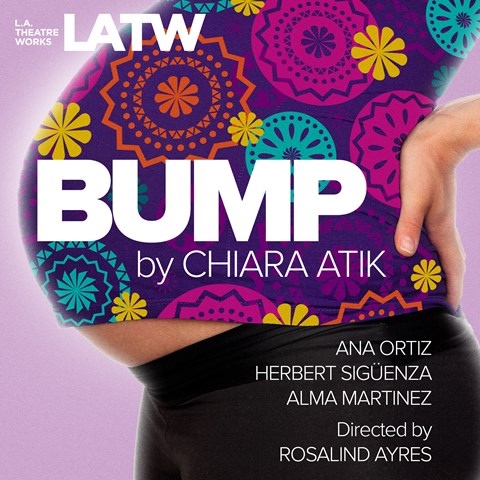 Chiara Atik's play is performed with flair by a vivacious cast of talented actors. The play intertwines three subplots involving pregnancy and childbirth. One features hilarious posts on a message board for "December moms," and another is about the tender but comical interactions between a midwife in 1790 and a first-time mother. The play's centerpiece tells the story of Claudia, who plans a home birth as her father, Luis, experiments with a birthing device he created in his garage. The cast is well balanced and engaging; standout performances include Ana Ortiz's effervescent portrayal of Claudia, Herbert Sigüenza's charming reading of Luis, and Alma Martinez's warm depiction of Claudia's mother, Maria. The production includes an interview with Atik and gynecologist Dr. Judith Reichman. S.A.H. © AudioFile 2022, Portland, Maine [Published: DECEMBER 2022]