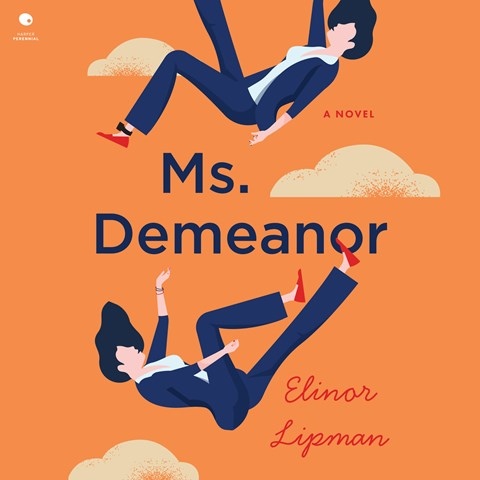 Piper Goodeve gives an appealing narration of this whimsical audiobook. Forty-something Jane loses her job as an attorney and then becomes a murder suspect. Her neighbor informs the police that she witnessed a romantic encounter between Jane and a younger colleague on the roof of Jane's New York City apartment building; then the neighbor is found dead, and Jane begins investigating the death. At the same time, Jane starts a catering service called Ms. Demeanor. She is encouraged in her cooking by her steadfast parents; her twin sister, Jacqueline; and her charming neighbor, Perry. Goodeve skillfully inhabits each character as she paces the story beautifully. This is a big-hearted tale of finding one's way after an unexpected derailment. M.J. © AudioFile 2023, Portland, Maine [Published: JANUARY 2023]