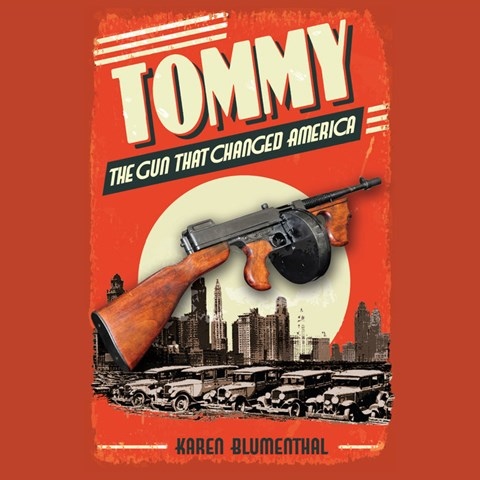 TOMMY The Gun That Changed America

Maggi-Meg Reed flavors her nonfiction narration with lilts that lend drama to the story of the Thompson submachine gun (Tommy gun) in America in the 1920s and '30s. Reed first turns her attention to John Thompson, a Spanish-American army officer who believed the military needed a more efficient weapon during WWI. Later, Reed notes the inventor's dismay when the weapon finds its way into illegal use and popularity with gangsters like Al Capone. Quotations make the nonfiction lively, and Reed embeds these with expression, aptly representing characters ranging from gangsters to lawmen. Personalities and events that shaped history unfold. The epilogue speaks to current issues about gun rights and concerns. S.W. © AudioFile 2023, Portland, Maine [Published: JANUARY 2023]