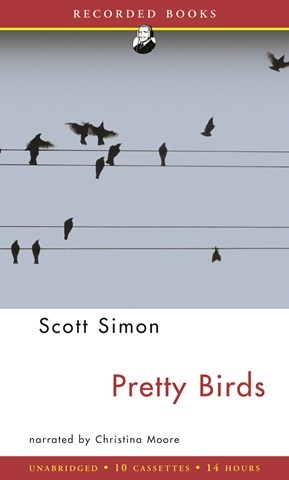 It’s a rare thing when a book of uncommon interest, artfully structured, convincingly dramatized, astonishing yet utterly believable, is paired with a narrator who strikes not one false note as she crafts her absorbing performance, but here we have it. Scott Simon, the award-winning NPR journalist, tells the riveting story of Irena, a Muslim teenager who was once a star basketball player but under the Serbs’ ethnic cleansing siege of Sarajevo becomes a sniper for the Bosnian underground. Christina Moore may be a wizard, so deeply, quirkily human does she make these characters. The story is based on Simon’s reportage of true events but packs the kind of wallop only the best fiction can. This book will haunt you. B.G. Winner of AudioFile Earphones Award 2006 Audie Award Finalist © AudioFile 2005, Portland, Maine [Published: OCT/NOV 05]