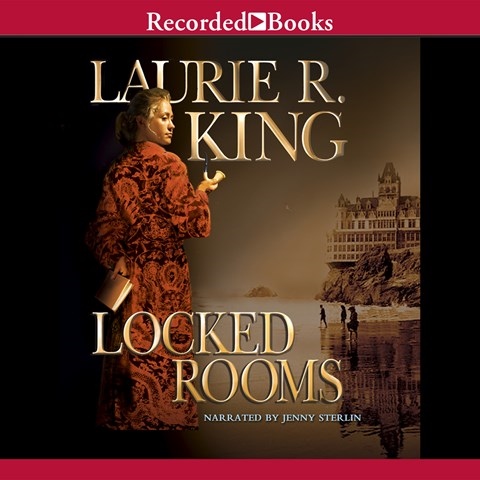 Mary Russell’s husband, Sherlock Holmes, is worried. Russell has been having terrifying dreams and seems bent on self-destruction. It is 1922, and the first couple of detection is in San Francisco so Russell can settle her father’s estate. Jenny Sterlin’s narration sets a dark, mysterious mood as Russell struggles with her emotions. Sterlin’s rendering of Holmes is coolly understated as the brilliant detective tries to unravel long buried secrets and discover who is trying to assassinate his wife. Sterlin makes Russell intelligent and feisty, a perfect partner for the superior sleuth. While her American accents are sometimes more British than American, Sterlin’s performance is controlled and always engaging in King’s latest and most engrossing Mary Russell adventure. S.J.H. © AudioFile 2005, Portland, Maine [Published: DEC 05/ JAN 06]