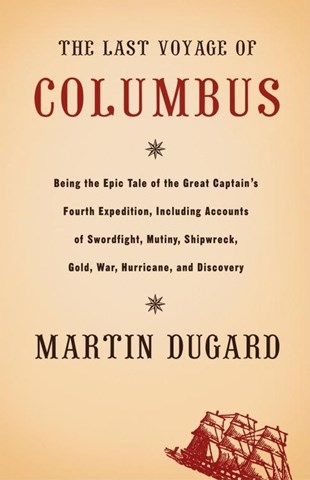 THE LAST VOYAGE OF COLUMBUS

In October 1500, Christopher Columbus found himself confined to prison in Santo Domingo, with the gallows he himself had had built ironically threatening his own neck. He was soon freed, however, and found an opportunity to salvage his reputation as he began a fourth voyage in search of the route to the East. Simon Jones gives the story the tone of an adventure as Columbus deals with mutineers and political intrigue. Jones adds the occasional touch of wry humor--for example, when he describes the passion for spices among wealthy Europeans (which is why we say rich people do or don't have "taste"). The last disc has maps of the voyage among its computer goodies; you'll have to sit at your tube to follow them since they don't print, though. J.A.S. 2006 Audie Award Finalist © AudioFile 2005, Portland, Maine [Published: OCT/NOV 05]