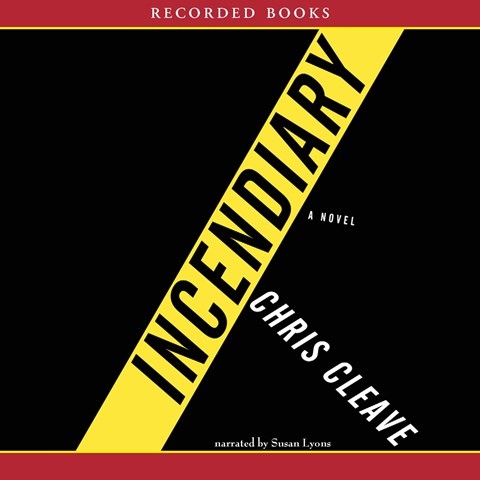 Without theatrics, Susan Lyons nails the shock and grief of an unnamed London resident who has suffered the loss of her husband and child through a fictional terrorist attack by Osama bin Laden. Taking the form of an open letter to the terrorist leader, the novel discusses all aspects of the current debate about terrorism. The story is strongest in the questions the wife and mother asks bin Laden, in particular, how mass murder can make the world a better place. Unfortunately, it gets a bit bogged down with the author's attempt to create a plot involving the British government's possible prior knowledge of the attack. But through it all, Lyons's realistic heartfelt narration holds the work together and makes this a must-hear performance. J.P.M. Winner of AudioFile Earphones Award © AudioFile 2006, Portland, Maine [Published: APR/ MAY 06]