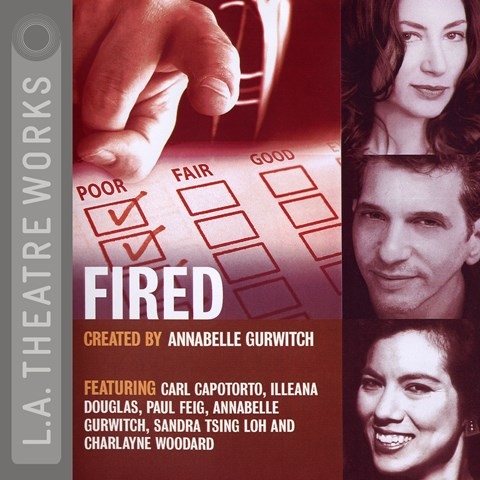 Gurwitch, who was fired from a Woody Allen play, put together this ensemble of 15 performers telling stories of being fired. The material and delivery are generally at the level of competent stand-up and are often amusing, though many performers are too loud and shrill. Sandra Tsing Loh, who caterwauls, and Charlayne Woodard, who is painfully over the top, make the Wicked Witch of the West seem subdued. Some stories don't fit the topic, such as Carl Capotorto's, but are still funny. Performers are listed in sequence only at the end of the audio, not on the packaging, a baffling lack of consideration to performers and listeners alike. One frequently has no idea who's speaking. W.M. 2006 Audie Award Finalist © AudioFile 2005, Portland, Maine [Published: DEC 05/ JAN 06]