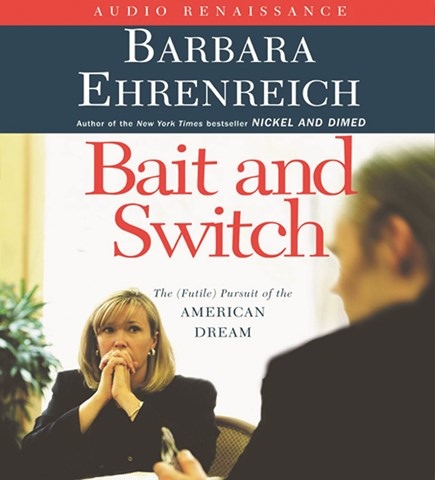 Tony-nominated actress Anne Twomey has the perfect voice for Ehrenreich's prose. Funny, sarcastic, even angry, she's also feminine, charming. Published in 2001, Ehrenreich's bestseller NICKEL AND DIMED chronicled her adventures at the bottom of the pay scale. Here she changes her name and tries to get a middle-class job, but fails. "Hi, I'm Barbara Alexander," she learns to say, "and I'm a crackerjack PR person." No soap, although there are a great many people eager to sell her soap of their own. Those she encounters guide retail techniques, contacts, and perhaps most pernicious--attitude. They recommend a stance so cheerful and so slavish as to constitute a defeat much graver than unemployment. B.H.C. © AudioFile 2005, Portland, Maine [Published: DEC 05/ JAN 06]