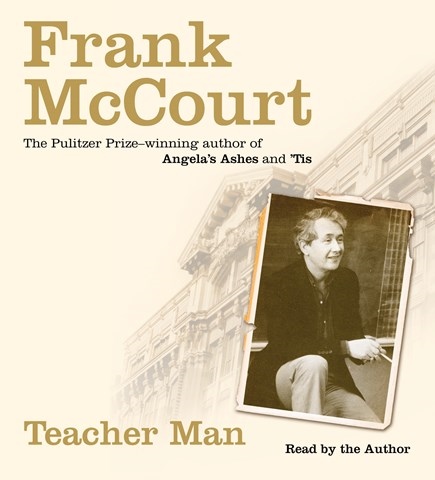 Frank McCourt specializes in writing about survival of childhood, of emigration, and now in his new memoir, of New York City's public schools. After hearing of his adventures teaching the future plumbers and beauticians of America-he kept a lid on utter chaos by telling stories from his own life--the listener will be as glad as the author was when he finally arrives at the prestigious Stuyvesant High, where he uses recipes to teach creative writing. The author's voice is characterized by his bemused brogue, but flashes of anger also abound, the vestiges of a deprived childhood. His impersonations of his students' constant interruptions are filled with affection and respect. McCourt's storytelling is, once again, mesmerizing. And if you're a teacher, so much the better. E.K.D. Winner of AudioFile Earphones Award, 2007 Audies Award Winner ©AudioFile, Portland, Maine [Published: DEC 05/ JAN 06]