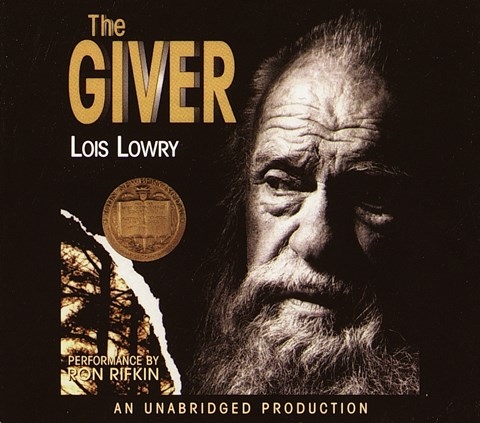 Praise and controversy precede this powerful story of a boy confronting the hidden truth about his futuristic society. Winner of the 1994 Newbery Award, Lowry’s story sparks emotion and response from adults and children alike. This is a compelling prospect for family listening. Initially Rifkin’s voice seems too regional to portray the characters of this utopian/dystopian world, but he convincingly conveys the anticipation of the coming-of-age ceremony of Jonas and his friends. As the meaning of Jonas’ selection as “Receiver of Memory” unfolds, Rifkin’s characterizations become more powerful. Although the story drives the presentation, Rifkin’s juxtaposition of the young boy and the old Giver has tremendous effect. His voice for the Giver becomes increasingly weary and strained while Jonas’ gains strength. Sharing this audiobook in a family or a classroom offers a valuable opportunity to respond to and discuss Lowry’s moving novel. R.F.W. ©AudioFile, Portland, Maine [Published: JUNE 95]