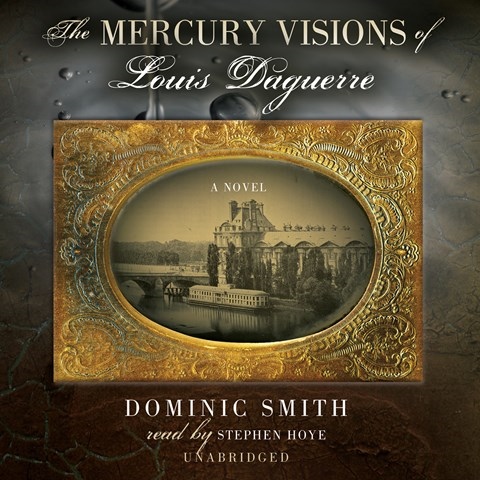 THE MERCURY VISIONS OF LOUIS DAGUERRE

Set amid the bohemian world of late-nineteenth-century Paris, this evocative novel centers around the life of photography’s founding father. Daguerre, who is being poisoned by the mercury with which he sets his plates, searches for his lost love and for the images that he must photograph before Doomsday. Stephen Hoye narrates with joy and expertise. Here is listening intensity that makes the brain create an imaginary world that diminishes reality, as if in opposition to the subject matter--re-creating reality. Anyone who has taken a photograph or wondered about the effect of light and shadow on an image will be moved, and perhaps even influenced, by this narrative. B.H.B. Winner of AudioFile Earphones Award © AudioFile 2006, Portland, Maine [Published: DEC 06/ JAN 07]