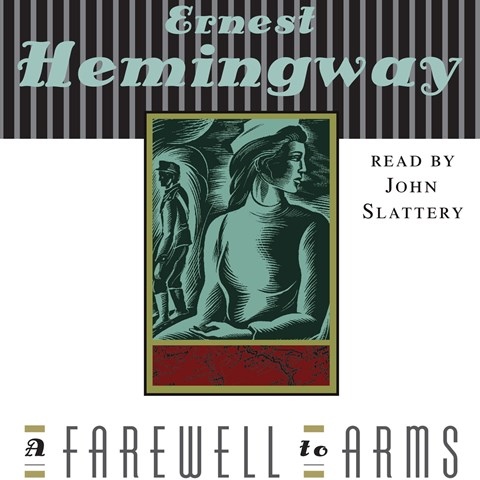 A FAREWELL TO ARMS

John Slattery reads this classic novel of an American ambulance driver in the Italian army during WWI and his fateful love affair with a British nurse. Slattery narrates in an expressionless voice--something like Bill Murray in affectless mode--perhaps to mirror the simplicity of Hemingway's prose. But the prose, or at least the dialogue, at this remove often seems mannered, and the reading obstinately flat. Slattery becomes expressive when doing accents, which is a relief. His Scottish and Italian are good, though all the Italians sound alike, including the women. His British accent is not quite so good. But taken altogether, this production effectively presents a novel that still carries some power. W.M. © AudioFile 2006, Portland, Maine [Published: OCT/ NOV 06]