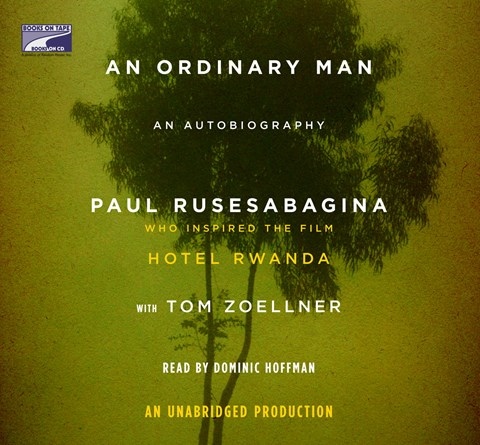 No ordinary man could recount his life in Rwanda with such eloquence and style as autobiographer Paul Rusesabagina. Mixing fascinating details of the culture and geography of his country, he lays a background for understanding the genocidal massacres that brought his land to inhumane ruins in 1994. Listeners will never believe that narrator Dominic Hoffman isn’t the writer. His African-English accent and soft-voiced tones bespeak the intelligent diplomacy by which the author, who was manager of the real-life Hotel Rwanda, was able to save 800 refugees from massacre. The painful anecdotes Hoffman portrays with such equanimity contain lessons of universal value about ethnicity. His facility with the pronunciation of the local names and language adds a dimension of realism and personal involvement rarely encountered in an audiobook. J.A.H. Winner of AudioFile Earphones Award © AudioFile 2006, Portland, Maine [Published: AUG/ SEP 06]