Home»Reviews»SAMMY AND JULIANA IN HOLLYWOOD 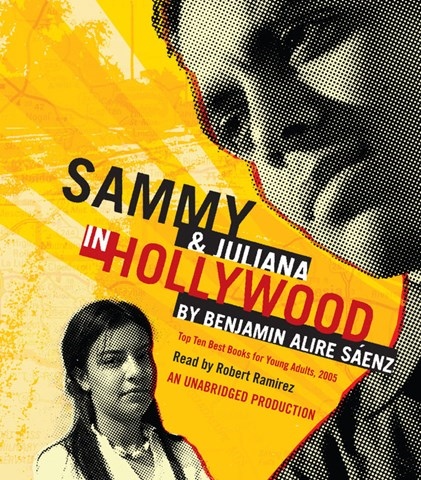 SAMMY AND JULIANA IN HOLLYWOOD

In Hollywood, New Mexico, 16-year-old Sammy Santos falls in love with Juliana, a girl with dark secrets and fire in her eyes. The novel is far more than a coming-of-age story as Sammy deals with first love, poverty, the War in Vietnam, drug overdoses, murder, and racism. Robert Ramirez's performance captures Sammy's introspection, honesty, and moments of poetic lyricism, creating a living, breathing teenager on the edge of awareness. Ramirez is just as at home handling street language and poetry. Liberal sprinklings of Spanish are read so skillfully that the non-Spanish-speaking listener understands the gist of what's being said. Gritty as the unforgiving New Mexican desert, Sammy's story makes compelling listening for older teens. S.J.H. © AudioFile 2006, Portland, Maine [Published: AUG/ SEP 06]