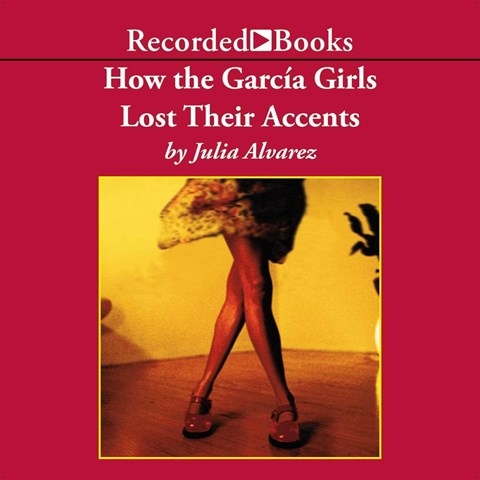 HOW THE GARCIA GIRLS LOST THEIR ACCENTS

Alvarez’s poetic prose, with its rich, sensual detail, is brought perfectly to life by five readers. With expressive voices and accents that move adeptly between English and Spanish, they narrate the interwoven stories of four daughters of a wealthy family forced to leave the Dominican Republic and settle in the United States. Adjustment to immigrant life and its long-term consequences is explored with psychological astuteness from the point of view of each sister. Oddly, the narrators’ voices are similar, making it difficult to distinguish among them, although this doesn’t detract from the pleasures of listening. The rich detail, emotional depth, and fine narration make this a book that invites multiple listenings. E.S. © AudioFile 2006, Portland, Maine [Published: DEC 06/ JAN 07]