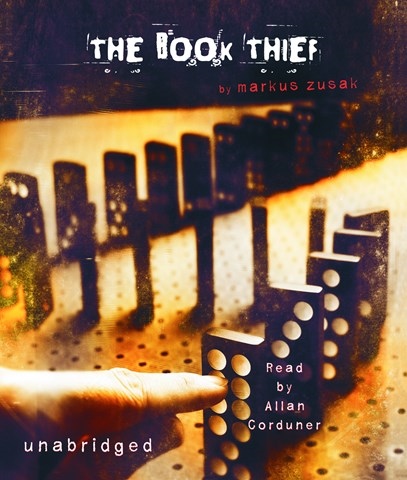 This powerful Holocaust story is for mature, sophisticated teens and adults. Set in Nazi Germany, narrated by Death, it is 9-year-old Liesel Meminger’s story. Death watches as she steals the first of 14 books at her brother’s funeral, sensing they will feed her soul even before she knows how to read. Allan Corduner gives Death a strong personality with a dispassionate voice that will grip the listener; by turns sardonic, compassionate, with a dark humor, he takes no pride in being part of man’s deadly cruelty to man. Corduner gives Death a voice we rarely imagine for him, as fearful of humans as we are of him, and an unwillingly participant in man’s cruel, deadly events. N.E.M. © AudioFile 2006, Portland, Maine [Published: DEC 06/ JAN 07]