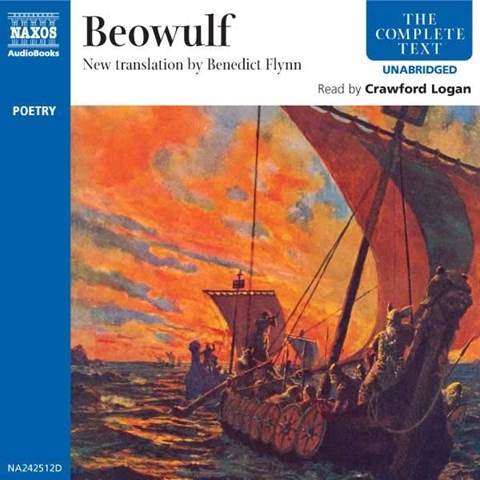 The Geat warrior-king sallies forth against Grendel, Mama Grendel, and an unnamed dragon in a worthy addition to the dozen extant audio versions of the Old English epic poem. This vigorous translation amply conveys the dignity, stylization, and swift flow of the thousand-year-old original. Crawford Logan uses his virile, seasoned baritone well, reciting sonorously in cadences that smooth the difficult locutions, all the while sustaining a grave tone and a steady, unhurried pace. He husbands his energy, never going full throttle and sometimes flagging, particularly while circumnavigating the poem’s more digressive passages. Like the author, he pays little attention to characterization. So while he has not made our hero’s exploits as interesting as perhaps he could have, he has made them admirably clear and mellifluous. Y.R. Winner of AudioFile Earphones Award © AudioFile 2007, Portland, Maine [Published: APR/ MAY 07]