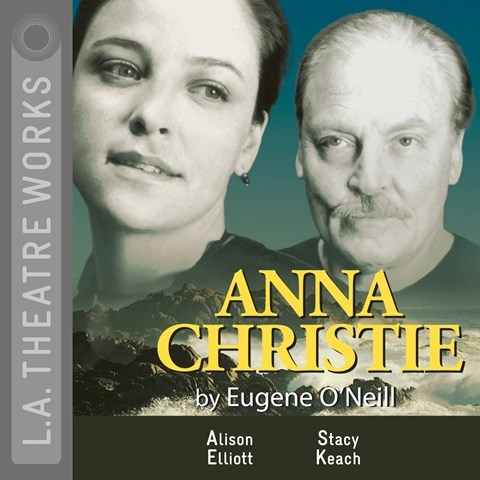 Eugene O’Neill’s 1922 Pulitzer Prize-winning drama (his second of four Pulitzers) may seem with its slangy dialects, a shade unsubtle to readers today. But listeners of the L.A. Theatre Works probably won’t notice, thanks to this excellent, nuanced production. Stacy Keach emphasizes the likable, vulnerable side of a Swedish coal-barge captain reunited after 15 years with his daughter. Keach prevents the father from descending into caricature. Alison Elliot also avoids the stereotype inherent in her part as his man-hating prostitute daughter, and Dwier Brown conveys both innocence and scorn as a young Irish seaman. Atmospheric sound effects are laid in subtly. A saloon-and-sea drama, this early O’Neill triumph has deservedly found a rich, new life. G.H. Winner of AUDIOFILE Earphones Award. © AudioFile 2000, Portland, Maine [Published: OCT/NOV 00]