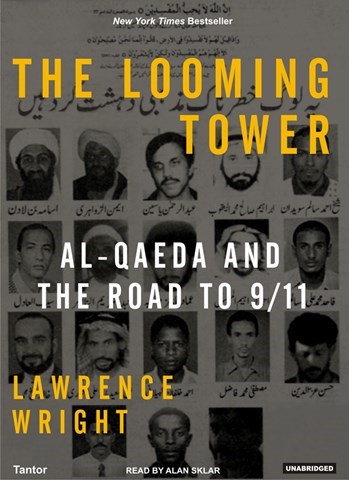 THE LOOMING TOWER Al-Qaeda and the Road to 9/11

A narrator doesn’t just tell a story; he keeps the listener company. Alan Sklar is good company—with a voice so distinctive that a blind man could pick him out from across the room. This is straight historical narrative with few dialogue exchanges, but those that do come up are seized upon. Thus, when one Al-Qaeda operative tries to speak in code and his wife refuses to play along, this tragedy touches comedy. When Osama Bin Laden has a wedding speech filmed a second time, because his neck looks thick, you can sense the smile in Sklar’s voice. The research is astonishingly thorough, and clearly presented. If you mean to know thine enemy, this one’s a must. B.H.C. Winner of AudioFile Earphones Award, 2007 Audies Award Finalist, AudioFile Best Audiobook of 2007 © AudioFile 2007, Portland, Maine [Published: FEB/ MAR 07]