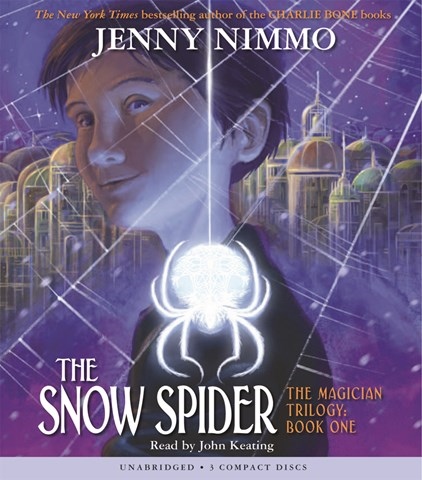 From the opening music to the first note of narrator John Keating’s beautifully accented voice, the listener is transported to the Welsh countryside. The recording opens on Gwyn’s tenth birthday as his grandmother, Nain, declares, “It’s time to find out if you’re a magician.” She leaves him with five unusual gifts, which Gwyn finds to be “improbable effects” for a magician. Nain tells Gwyn to “give the gifts to the wind.” John Keating manages not only Nain’s wonderful aged voice, but the sense that she is throwing her final words over her shoulder. He also imbues the word “wind” with a haunting foreshadowing of mystery and power. With narration like this, it is as if John Keating were himself the snow spider, spinning richness into Jenny Nimmo’s tale. K.C. Winner of AudioFile Earphones Award © AudioFile 2006, Portland, Maine [Published: OCT/ NOV 06]