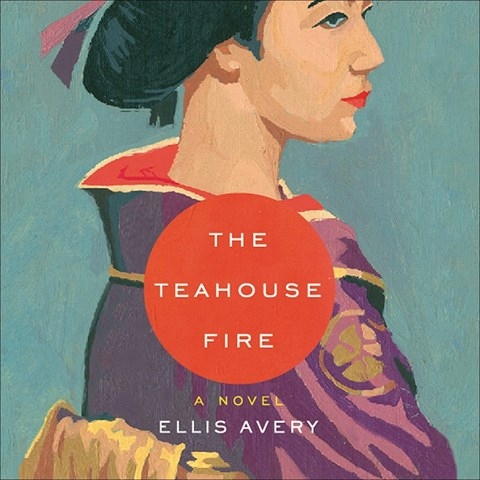 In the mid-nineteenth century, Japan's cultural traditions are changing. Taking shelter in a teahouse, an American orphan named Aurelia Bernard will witness some of the most profound of those changes. Barbara Caruso offers a signature rendering of this lush historical novel. As ever, her narration is finely nuanced and lapidary. Like a talented watercolorist, she tints the story with accent and characterization, from the exhausted French voice of Aurelia's dying mother to the musical Japanese intonations of Shin Yukako, Aurelia's friend and rival. A tea ceremony is a studied affair, and, accordingly, little moves quickly in this novel. But with Caruso to listen to, who's in a hurry? A.C.S. © AudioFile 2007, Portland, Maine [Published: APR/ MAY 07]