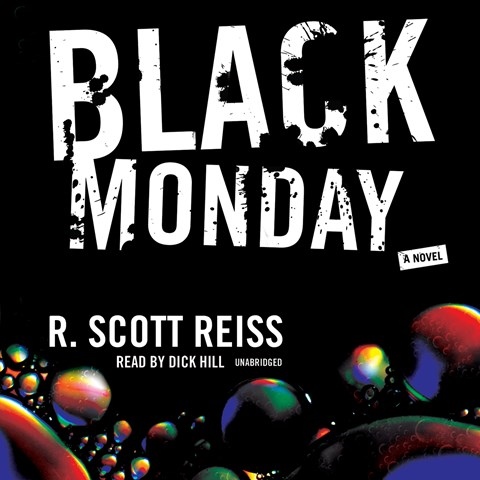 BLACK MONDAY is so well done you’ll think about stocking your basement with canned goods. Seriously. AudioFile Golden Voice Dick Hill expertly brings R. Scott Reiss’s novel about Armageddon to life with frightening skill. The premise is simple: Someone has introduced a nasty microbe to the world’s oil supply that makes the oil and gasoline useless and destructive to vehicles and machinery. The book was optioned by Paramount Pictures even before it was released. The hero, Gregory Gillette, is an epidemiologist who is close to solving the crisis, but he is thwarted by bureaucrats who think they know better. Hill slips in and out of American and Middle Eastern and other accents with incredible skill as he details the day-by-day breakdown of society as gasoline disappears. M.S. Winner of AudioFile Earphones Award © AudioFile 2007, Portland, Maine [Published: AUG/ SEP 07]