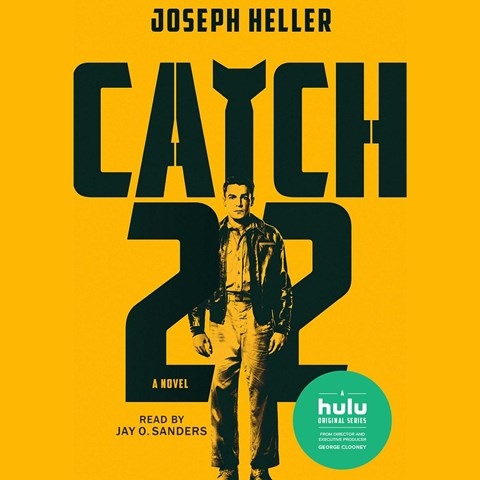 Heller's celebrated novel of WWII is given an entertaining reading by actor Jay O. Sanders. The novel itself is a high-energy, absurdist romp through the machinations of governmental bureaucracy, the labyrinth of circular and paradoxical military "reasoning," and larger questions of rationality, sanity, war, and peace? featuring a sizable cast of characters presided over by the paranoid and put-upon bombardier, Captain Yossarian. Sanders brings a friendly, earnest tone to the production, and offers accomplished and consistent characterizations of all the novel's main characters. The sound level of the recording itself is inconsistent--Sanders drops to near inaudibility in the quieter passages. M.G. © AudioFile 2007, Portland, Maine [Published: AUG/ SEP 07]