Home»Reviews»THE PATH BETWEEN THE SEAS 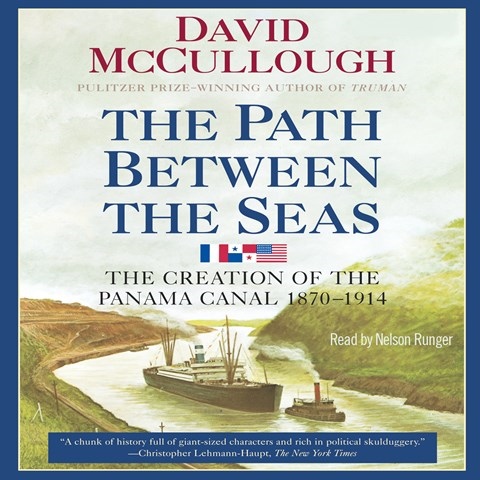 Legendary historian David McCullough depicts the creation of the Panama Canal with typically imperious style. Fortunately, narrator Nelson Runger brings the detailed tome down to earth with an uncomplicated, almost affectionate, delivery. Runger blithely tells the tale of the canal—a link between the Atlantic and Pacific Oceans, which came into demand with the success of the gold prospectors in California in 1848. Visionaries worldwide competed to determine where and how a Central American ship canal might be viable. The resulting effort consumed more than forty years and a multitude of lives. Runger adeptly describes the resulting villainy and triumph, as well as the sheer determination required to hack through the jungle, mountains, and rivers. N.M.C. © AudioFile 2008, Portland, Maine [Published: FEB/ MAR 08]