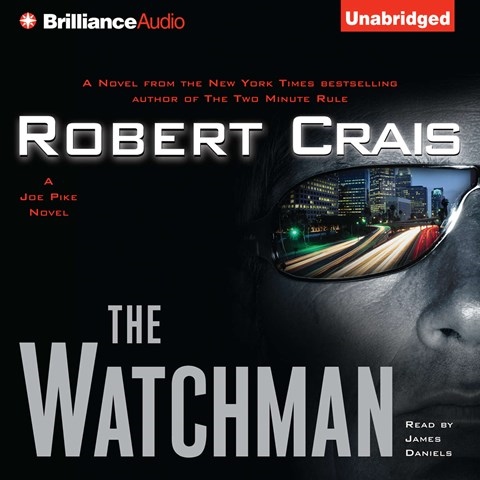 Elvis Cole's mostly silent partner, Joe Pike, now has a book of his own. His character, manner, and ethic resemble that of Harry Callahan (Dirty Harry), and thanks to James Daniels, so does his voice. When Daniels isn't portraying Pike, his glib delivery moves the action along. And there's plenty of that when Pike is hired to protect a rich 22-year-old from L.A. Seems that she's seen something--or someone--she shouldn't have. Fifteen minutes into this thriller, Pike has blown away five villains, with more to come. In between, Crais's stories of Pike's past lives--as Marine, cop, and mercenary--make Dirty Harry pale in comparison. It appears that Crais has another winning character. A.L.H. © AudioFile 2007, Portland, Maine [Published: JUN/ JUL 07]