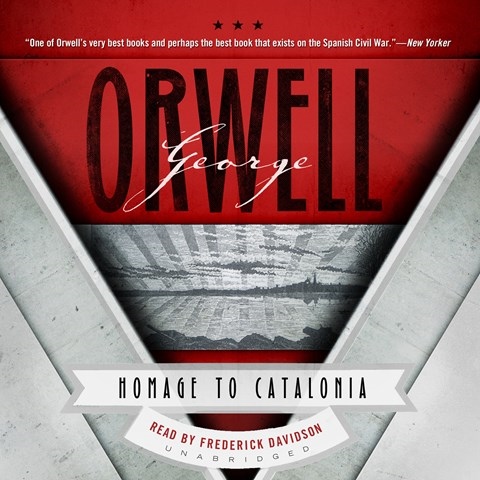 Homage to Catalonia is a triumph. The book lends itself to audio, not just because of Orwell's clear, reflective reporting on the Spanish Civil War, but also because of his superb descriptive powers. The observational passages leave the listener with lasting impressions of Spain and the Spanish character, and indeed the character of the war itself. Frederick Davidson makes a fine reader. He sounds convincingly as Orwell might have sounded, even to the occasional use of French-accented Spanish pronunciation. The audio presentation adds a new dimension to a text which is required reading for any student of the Spanish Civil War. A.D.H. Winner of AUDIOFILE Earphones Award ©AudioFile, Portland, Maine [Published: DEC 92]