Home»Reviews»HOW I LEARNED TO DRIVE 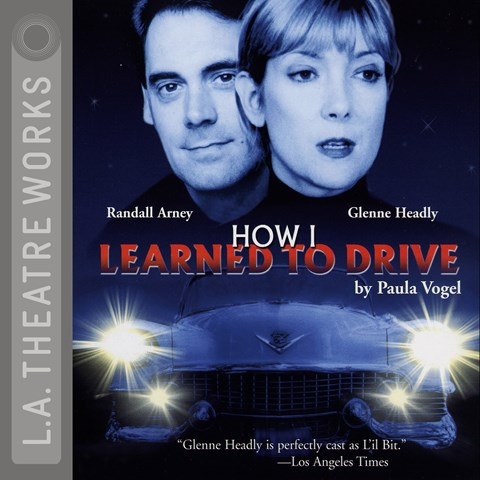 HOW I LEARNED TO DRIVE

L.A. Theatre Works records an annual series of radio plays before live audiences in Santa Monica. In addition to tried-and-true scripts, it is engaged in the laudable, important and risky task of producing new and little known dramatic writing. In this effort, a 40ish woman recounts the incestuous relationship between herself as a precocious Carolina teen and her uncle-in-law. Paula Vogel has written some graceful dialogue, but her play is rudderless, meandering pointlessly in time and technique. Neither is anyone at the helm of the production; there is no audible sign of a much needed director's hand. The actors, quite good though they are, sail desperately on instinct. Y.R. © AudioFile 2000, Portland, Maine [Published: APR/MAY 00]