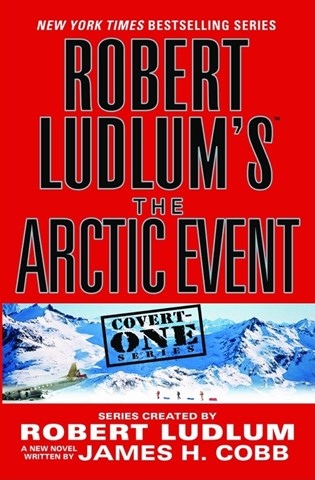 Robert Ludlum's THE ARCTIC EVENT marks yet another posthumous novel for the legendary writer. This one is delivered by James H. Cobb and read by Jeff Woodman. Woodman elevates this serviceable spy novel with an outstanding narration. On its own, the story provides good reading as a mild diversion, but Woodman really animates the characters, handling the different accents and genders well. Listeners can feel a degree of panic as the recurring Covert One character, Jon Smith, and his crew find themselves on an Arctic island, surrounded by hostile forces. A Soviet plane that went down there in the 1950s has an anthrax payload, but there's more to this crash than biological agents--and the Iron Curtain could fall again. E.D.H. © AudioFile 2008, Portland, Maine [Published: FEB/ MAR 08]