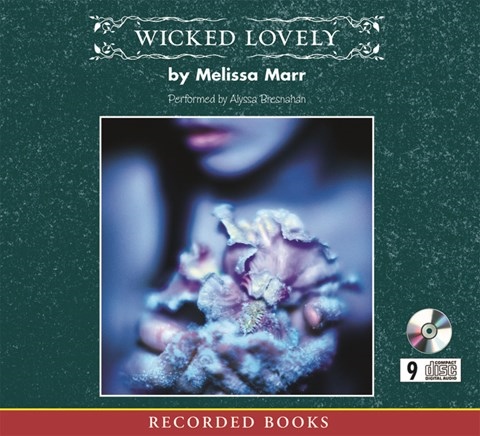 Like a fairy weaving a glamour in order to spellbind humans, Alyssa Bresnahan casts a mesmerizing spell with her voice in this urban fantasy. Aislinn has always been able to see fairies, but the fey folk have had no interest in her. Until now. Bresnahan’s voice drips with honey as the Summer King trying to woo Aislinn to be his Summer Queen. Bresnahan’s voice turns to hard ice when portraying the manipulative Snow Queen, who works to thwart the courtship. A brittle cold is reflected in the voice of Donia, the Winter Girl, who wants to help Aislinn, even though doing so may cost her her life. This wicked lovely story is a bewitching audio. M.M.O. Winner of AudioFile Earphones Award © AudioFile 2008, Portland, Maine [Published: FEB/ MAR 08]