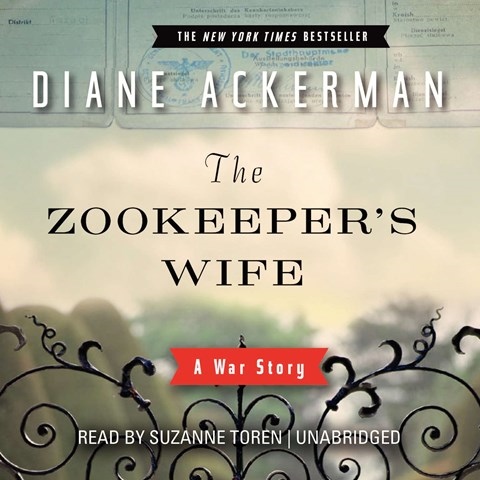 Suzanne Toren’s respectful reading allows the horror of the Holocaust to emanate from the compelling story of Jan and Antonina Zabinski and the Warsaw Zoo. The zoo is partly destroyed by Nazi bombing in September 1939. Then the best animals are carted off to German zoos, and the Nazis hold a drunken “hunting” festival on New Year’s Eve, killing the rest. In her diary Antonina asks herself: “How many humans will die like this in the coming months?” Jan joins the Polish Resistance, smuggling Jews out of the ghetto and hiding them in the zoo, where Antonina takes care of them. Toren skillfully portrays the fear and revulsion expressed by Antonina in her diary and creates convincing accents for the many Polish characters. A.B. © AudioFile 2008, Portland, Maine [Published: APR/ MAY 08]