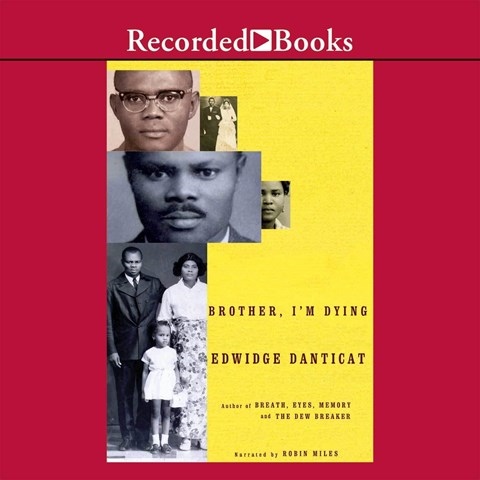 When the regime of “Papa Doc” Duvalier and his military security force, the Tonton Macoutes, force her parents to flee Haiti for America, Edwidge and her brother, Bob, are left behind and raised by her father’s brother, Joseph, and his wife. They remain with the couple in Port-au-Prince for eight years, during which time her preacher uncle refuses to leave his congregation. Eventually, Joseph develops throat cancer and requires radical surgery. In rich, appealing tones narrator Robin Miles delivers Danticat’s poignant memoir of the love between brothers and the tragedy that separates and ultimately unites them. Her performance is controlled and understated, thereby heightening the family’s personal strength and heartfelt connections. Danticat’s elegantly crafted prose and Miles’s graceful reading make this a stunning listening experience. S.J.H. Winner of AudioFile Earphones Award © AudioFile 2008, Portland, Maine [Published: FEB/ MAR 08]