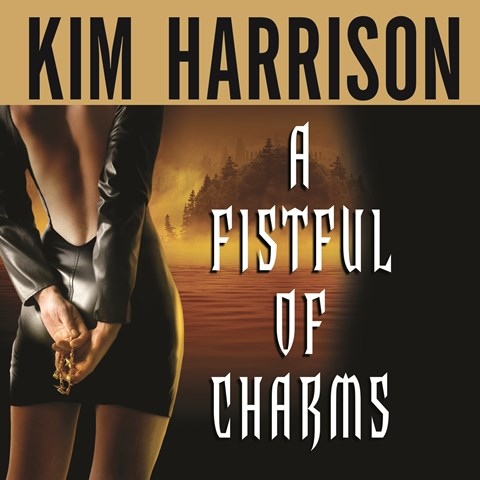 A FISTFUL OF CHARMS

Rachel Morgan, a bounty hunter of witches, tries to track down a sacred werewolf artifact and an old flame in the latest in Harrison's series. Vampires, pixies, fairies, demons, elves, witches, werewolves, and even humans inhabit the twisted mystery, and narrator Marguerite Gavin gives each a clear voice and suitable characterization. Gavin resists the temptation to endow the story's players with clichéd vocal styles, instead reaching into the text to give each a unique personality. In addition, Gavin's narrative passages capture irony, suspense, and humor, moving the story along quickly while maintaining mood and excitement throughout. Her spirited performance may even draw in listeners who don't care much about the undead or supernatural beings with superpowers. R.L.L. © AudioFile 2008, Portland, Maine [Published: AUGUST 2008]