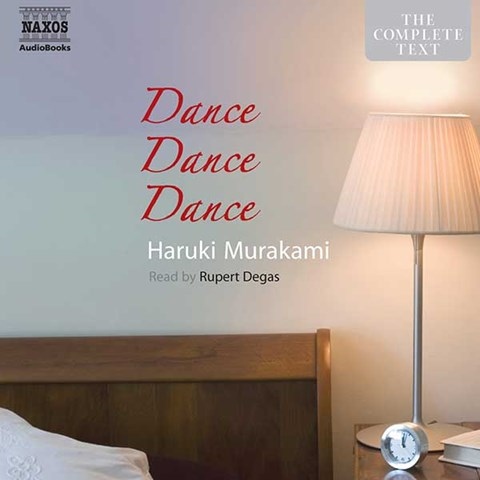 The unnamed hero of Haruki Murakami’s sixth novel is a somber, lonely writer whose dreams call him back to a run-down Sapporo hotel where he once lived. But when he tracks down the hotel, he finds a newly refurbished luxury high-rise. He falls for the receptionist, becomes guardian to a clairvoyant teen, and is transported to a haunted hallway, all while trying to solve a mystery of dead or missing prostitutes. British actor Rupert Degas is masterful in his reading of DANCE DANCE DANCE. Degas performs the entire novel in a flawless American accent, with Japanese names, phrases, and place names read with a believable Japanese accent. Once Degas starts reading, it’s nearly impossible to stop listening to this oddly brilliant psychological thriller. S.E.S. Winner of AudioFile Earphones Award © AudioFile 2008, Portland, Maine [Published: AUGUST 2008]