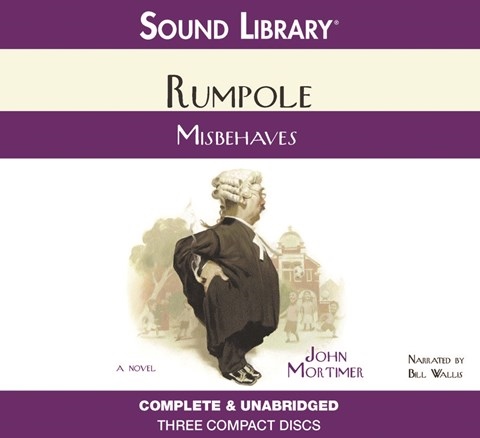 Bill Wallis is wonderful in every respect. For starters, he sounds exactly like Leo McKern’s Rumpole, of BBC television. He also believably personifies everyone from officious wife Hilda to Soapy Sam, Fig Newton, and the various lowlifes who constitute Rumpole’s clientele. His multicharacter dialogue is unparalleled, and his pacing is never too fast or too slow. While plot is often secondary to the pleasures of characterization and commentary in this series, the present entry offers two tracks. One deals with Rumpole applying for Queen’s Counsel and Hilda (!) contemplating a career at the bar. The other involves three apparently disparate criminal cases which—surprise—turn out not to be wholly unrelated. R.E.K. Winner of AudioFile Earphones Award © AudioFile 2008, Portland, Maine [Published: APR/ MAY 08]