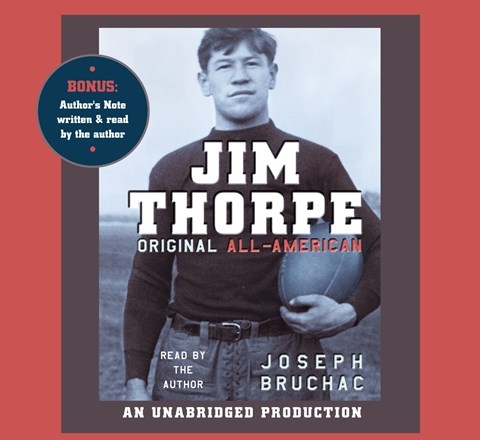 Well known for his extensive body of work on Native American legends and history, author Bruchac skillfully narrates his biography of the early years of one of the world's greatest athletes. Thorpe, a Sac and Fox Indian from Oklahoma, is sent unwillingly to boarding school at an early age and forced to assimilate into white culture. He finally comes into his own when he meets up with Pop Warner, legendary coach at Pennsylvania's Carlisle Indian School. Bruchac's subdued, mellow tone captures Thorpe's shyness. Bruchac conveys Thorpe's earnest innocence and pain as he endures the death of both parents and confronts racism in his career. Bruchac's sympathetic narration creates a character of humility, dignity, and respect. Young listeners should find this story inspiring. M.H.N. © AudioFile 2008, Portland, Maine [Published: APR/ MAY 08]