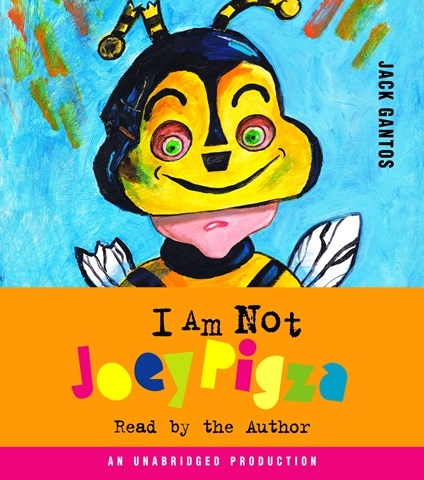 I AM NOT JOEY PIGZA

Joey has come a long way to find himself, but now his dad is back and wants him to become someone totally different. Does he want to? Has Dad really changed? Can Joey forgive him? Gantos knows his character and his problems well enough to read with a jerky rhythm and choppy inflection, reminding us that Joey has to work hard to keep his world, and his brain, under control. Gantos also brings out the sweet, sensitive, loving side of Joey, whose world is starting to fall apart once again. We hear the panic building in his increasingly loud voice—as we know it's building in his head—as he tries to calm and take care of himself because the adults in his life aren't doing their jobs. W.L.S. © AudioFile 2008, Portland, Maine [Published: AUGUST 2008]